This includes diagnosis, investigation and management of melanoma and non-melanoma skin cancer.

Basal Cell Carcinoma (BCC) and Squamous Cell Carcinoma (SCC) account for the majority of non-melanoma skin cancer (NMSC). 2 in 3 Australians will develop NMSC in their lifetime.

Basal Cell Carcinoma (BCC) is the most common form of skin cancer.

BCC grows slowly from cells in the lower part to the upper layer of the skin, often taking months to years. They usually develop as small, round, raised, red, pale or pearly-coloured spots and can occur on any area of the body. It is rare however for BCC’s to spread throughout the body.

A BCC may become ulcerated like a sore that will not heal. If left untreated they can grow and erode adjoining tissue, which can result in significant loss of tissue. This occasionally results in loss of whole organs, such as the nose, ear and eye.

Older males and females with fair skin and lots of sun damage tend to have numerous BCCs. These tumours tend to grow slowly and locally and very rarely spread to other parts of the body.

Most of these tumours are treated with surgery. There are other topical agents now available such as Aldara and photodynamic therapy but these are only suitable for a minority of cases.

Mohs surgery is a specialised form of surgery which aims to check every part of the margin of the tumour as it is cut out in stages. The surgeon only takes out what is needed and carefully checks the entire margin. It is associated with the best outcome and lower recurrence rate of all surgery. It can be done for BCCs, SCCs and some other tumours as well, but the majority of the time it is used on poorly defined BCCs in areas such as the nose where we want to preserve as much tissue as possible.

Squamous cell carcinomas (SCC) are also related to a persons skin type and sun exposure and are considere the second most common form of skin cancer. They tend to grow faster than BCCs and are also more aggressive. They normally appear as a thickened red, scaly spot or sudden onset of a painful lump that may later bleed easily or ulcerate. SCCs mainly develop on areas of the body that are exposed to ultraviolet radiation. They can spread to the rest of the body quickly and become life threatening if not treated in time.

Almost all cases are treated with surgery with adequate margins. In some cases radiotherapy is also used and in advanced disease which has spread, oncologists are also involved and newer systemic agents are trialled.

Melanoma can affect all ages but the majority of the cases are in later adulthood and the elderly.

The incidence of melanoma has been rising in recent years and this has not appeared to have slowed down.

Some melanomas develop in preexisting moles but others start on normal skin.

Early diagnosis is essential in order for a good outcome. If caught early, often the melanoma only needs to be cut out and the patient monitored closely for life.

In advanced disease, treatment is through a multidisciplinary approach. This includes the opinion of melanoma surgeons, pathologists, oncologists, imaging specialists, radiation specialists and dermatologist.

There are new agents becoming available in recent years which aim to target the molecular basis of the disease as well as putting the person’s immune system into overdrive. 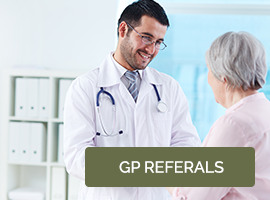